4 Places Your L.A and Orange County Twenty Something Wants to Live But Probably Shouldn't 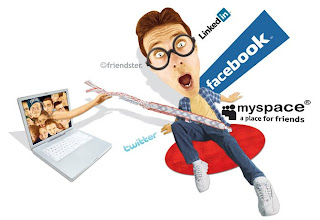 Today’s Millennial Generation is known by mainstream America to be all about one thing...themselves. Many news sources have deemed the millennial "spoiled" and "wanting of everything, right now, without sacrifice."

We'll be the first to recognize that many of the millennial are hard working and an asset to American society. However, instead of chastising an entire generation, we'd like to encourage those who think they already deserve the corner office, sushi lunches, bottle service, and weekly massage therapy to rethink their current value set. We want them to think for the long term, become financially secure enough to afford the lifestyle they want, learn the value of patience and deferred gratification, and learn how their real estate decisions now will impact their plans for the future. Here are some of the top four places Los Angeles and Orange County twenty-somethings want to live in but probably shouldn't.

Sorry guys, but living Newport Beach as a twenty-something 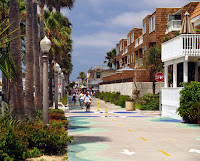 may be tougher than you think. If you have an average income and any aspiration of financial independence, renting in Newport is about as difficult a place to make that happen as you can get. Besides a premium for rent, there are a lot of other entertainment venues that are also sure to stab a hole in ones's wallet. There's Fashion Island (for the fashionistas!), Balboa Peninsula, and endless lists of different bars and clubs at night.

Santa Monica, CA is a very big city and has a hip nightlife which can get very pricey. For a twenty-something not making that much money, it might not be such a great idea to have such close access to so much high-end entertaiment. The 3rd street promenade is a very popular destination to spend some serious money on fashion. Set in a beautiful seaside location, Santa Monica has a seemingly endless supply of things to do, the problem is most are not cheap.

Unless you're a star waiting to be discovered......no wait, especially if you're a star waiting to be discovered, the Hollywood area is just too expensive for you. Hollywood is known for entertainment, and the name itself has connotations of glitter and glam, fame and fortune. Hollywood is a great place to visit, and it's a great place to live if you have money, but it's not a great choice for a twenty-something with an unclear career path. Again, there is just too many places to spend money and too few legitimate opportunites.

The Shoreline Village, The Pike, Pine Street...Just to name a few good places for increasing your credit card debt. Unique shops and fine dining are abundant in these places and it is easy to keep doling out money without even noticing.

Why The Cost Of Living In These Areas Really Adds Up

these destinations are in and around L.A., as such, most metropolitan Angelinos are already well versed in pay-to-park lifestyle, but those from out of area need to be brought up to speed. You may walk more or learn to multitask better, but most will have to add it up to another cost of living.

Eating Out: It's too early to go clubbing, so let's go shopping and eat out! With the millennial generation, an average shopping spree cost about $50 and an average price of lunch at an upscale restaurant is $20. Plus Tip!

Bar Hopping and Clubbing: Club cover charges range from $10-$30. Drinks usually $10 each. Taxi rides cost about $2.95 for the first quarter mile and has a $30 per hour wait time. Imagine going clubbing at least three times a week, drinking at least two drinks a night, and needing taxi rides every night. That really adds up.

Rent: For the most part, rent ranges from middle of the road to sky high. Now and then, there are some deals to be found on apartments that will be more comparable to other parts of the County. We know there are many who will say they'd rather pay just a little more to live in these pricey zip codes, especially when it knocks down their commute. What people often don't take into account is the temptaion of living in such a potentially expensive area may make it harder to make that rent payment than ever before.

As parents, millennial adults can be difficult to understand and frustrating to manage. Many parents are irritated that their children seem to want, and often demand, a better lifestyle than they have. Rather than be irritated, we'd love to help you educate your loved ones on the power of sound saving and investing, particularly with real estate. We'd like to help you show those closest to you that living in expensive places is not a right, but a reward for hard work, dedication, and some deferment of gratification. Lastly we'd like to help you provide a roadmap for your children, and maybe yourself, as to how this type of lifestyle can be achieved if they are willing to make some sacrifices.

In the end, it's not an easy road to walk but one that will last forever. Investing in the future instead of wasting time, energy, and money on expensive things will help open the millennial's eyes to the reality of what their priorities should be. We want them to see that instead of blowing all their money on "fun" things, they should be looking past the weekend and start planning for their next ten years. They are blessed in that they are coming into a market with low prices, low interest rates, and a seemingly endless supply of inventory but unless they start preparing today, they may just miss the real estate opportunity of a lifetime.

Posted by FOUST Team Real Estate Services at 10:29 AM

Fun article, especially since I own some property in downtown Long Beach! At least with Long Beach, however, rents are relatively inexpensive compared to the rest of the South Bay and Orange County, and the Gen Y'ers have the choice not to spend beyond their means :)